Teen Patti vs Poker: What is the difference? 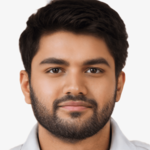 People across the world have loved card games for decades now. It is speculated that playing cards first appeared in the rural provinces of China in the 9th century AD. Those primordial cards, however, did not have suits and were not graded as we do today. The Indians and Persians began to use the King card, paving the way for the modern-day deck of cards as we know it, according to a popular belief. Centuries have elapsed, and to achieve where it is now, the playing deck has undergone many improvements.

Asia, and especially India, has witnessed the rise of Teen Patti, a game similar to Poker, while Poker has carved a name for itself in the card game world. Teen Patti is also known by many as Indian Poker. Its popularity is not limited to only meetings and groups, but for many festivals, especially Diwali, it has become a ritual. But what matters are the differences between them. Here’s how the games all measure up.

A comparison of Teen Patti vs Poker

Which is more entertaining?

Well, there is no straight answer to this question. Fun is a subjective thing, which means that some people would love playing free poker games more than a Teen Patti online game, and vice versa. The best recommendation is to play both these online games for yourself and decide which you prefer.

Today, these card games are available online, allowing you to play them any time and from anywhere in the world. Online platforms like Comeon casino or 10Cric provide some of the variations of the game for enthusiastic players to try. All you need is internet access and a supporting device. You might also need a certain amount of money if you would like to invest in the game for a return.

There is no correct or wrong answer to the question of which is the better game. It is a question that is subjective, and the answer can differ from player to player. In their playing style, both games have a pinch of similarities, but when it comes to skill, they are poles apart. So, this festival season, don’t just limit yourself to one game, delve into the world of both Poker and Teen Patti. May the Aces favour you!