Legality of online casino in India

The legality of online gambling in India is rather complex, but here’s the gist:

There is no clear set of laws about online gambling in India. Players interested in betting and gambling online should do so without concerns, but should only use trusted bookmakers and casinos.

Here you can find the latest updates on the Law in India related to online casinos. The team at Casino Bonus India constantly checks for all the latest news pertaining to Indian gambling laws and updates the same to players regularly.

Now let’s jump into the details.

What does the Law Say?

It all started with the Public Gambling Act of 1867. Formed back in the colonial period, it states that it is illegal to either offer gambling services on a federal level or visit or use a public gambling facility. The punishment for violating this law is a “fine not exceeding ₹200 and up to three months in prison”.

Since the Public Gambling Act was established much before online gambling set foot in India, the law doesn’t mention anything about betting and gambling on online sites. This makes it essentially invalid for consideration in the argument over the legality of online casino in India.

Other laws that directly or indirectly affect online gambling

This act ruled that Internet Service Providers and Website Hosts were to block certain types of websites and content. Among the list of types of content to be blocked, Section 2 Item B included anything “related or encouraging money laundering or gambling”.

This act gives RBI the power to instruct banks to decline payments or deposits involving any particular payment processor including online gambling websites. In fact, the RBI has used this power to cause the PayPal fiasco and has forced Neteller to stop issuing Neteller Plus cards.

One of the few laws both the government and casino players are in agreement with, this law that not only should children and teenagers not be allowed to gamble in any form, they should also not be exposed to any literature — book, magazines, etc. — on gambling.

The Andhra Pradesh government declared online gambling to be illegal. However, this will not block any gambling apps and websites that offer stakes in Poker, rummy, or similar online casino games. Rather, such activities would be considered as a non-bailable and cognizable offence by amending the AP Gaming Act, 1974. Citizens will still be able to access these services, but now they could be prosecuted if caught.

The powers of the state

During the distribution of powers between the states and the federal government, the right to make a decision on online gambling went to the state governments.  The Seventh Schedule Entry 34 List II states that each state can legalize gambling if it chooses to do so. So far, 13 states have used this power to legalize lottery in their states.

Two states — Sikkim and Goa — have even legalized other forms of gambling, like online casinos and brick-and-mortar casinos. Only one state, Maharashtra, has explicitly banned gambling in all forms in the state. This leaves more than half of the states in India without a clear guideline on whether online casinos are legal or not. Additionally, the states who have passed legislation to support online casinos, contradict directly with the aforementioned gambling-related laws in India.

At this point, the entire legislation regarding online gambling boils down to this:

“Making or losing money on a skill-based game is okay; money wagered on something completely random is not.”

This is a reasonable argument, but the flaw lies in the application of defining whether a game is based on skill or luck. Rummy was declared a game of skill in 1968,

several states draw lotteries without giving any consideration to The Central Lotteries (Regulation) Act of 1988’s limitation of one draw per week. Eight state legislations have enacted specific statutes onhorse race betting in their states, legalising it for all intents and purposes. Online cricket betting hasn’t been classified a skill-based game but The Law Commission recommended the government that cricket betting should be legalized in India but under heavy regulation. Additionally, a high court has determined that Fantasy Cricket and Dream11 are considered games of skill 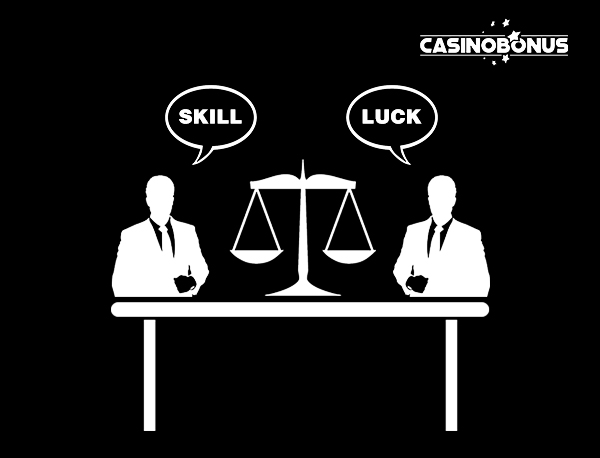 We can see that a pattern of modernization is emerging in the India gambling landscape. All that remains now is to prove that online casino requires just as much, if not more, skill as all the other types of gambling mentioned above. We know it is because even the best Blackjack player can lose to a newbie in any given round, but they’ll definitely win more in the long run.

The changing economic and political Indian scenario is becoming a catalyst for legalizing online casinos in the near future. However, players today can play without concerns in reliable online casinos and bookmakers.