Everything You Need to Know About Paytm First Games 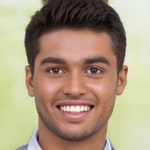 With the increasing popularity of gaming in India, Paytm has introduced the Paytm First Games platform that aims to cater to people who love sports, card games, trivia, and everything entertainment. Paytm First Games offers rewards and cash prizes to its users for playing games that include 300+ titles like Fantasy Cricket, Fantasy Football, Ludo, Rummy, Tic Tac Toe, and many more.

Here’s an article that takes a look at everything you need to know about the platform, from creating a Paytm First Games account to using it to play Fantasy Cricket. Read on!

Paytm First Games is an online gaming destination from Paytm where users can play a variety of interactive and rewarding games. With over 300+ games like fantasy sports, poker, ludo, clash royale, quiz, action, and racing games, it’s an ultimate platform for users of all age groups. Moreover, the app allows users to take part in exclusive mobile gaming events and win up to Rs.5 crore daily.

When you play and win a reward on Paytm First Games, your winnings are transferred into your Paytm wallet as Paytm Cash. Also, when you refer your friends to download the app and play their best games with you, you will be awarded a big amount in the form of referral bonus cash.

What types of games are available on Paytm First Games?

Here are some of the many popular types of games available on the Paytm First Games app:

For gamers who fancy playing the best fantasy games, Paytm First Games caters to them by offering a variety of fantasy sports like cricket, football, and kabaddi. These games offer players the chance to fulfil their dream of having their own team.

When playing these games, players are required to draft fantasy teams from a list of real sports players scheduled to play a live sport on a given day. Users typically pay an entry fee to enter a contest. After the deduction of a service fee by Paytm First Games, the entry fees are pooled for distribution among the users on the platform based on their performances. Based on the performance of the real sports players selected by the users to create their team, they are awarded fantasy points. All the users are later ranked based on these points and accordingly receive money from the prize pool.

So, if you’re a big cricket fan and always wanted to create your own team, Paytm First Games is the apt platform to assess your managerial skills. Your team will consist of real-life players who will be playing live on the same day in IPL or some other league or even international matches. If your team comes on top against other teams on the fantasy cricket leaderboard, you’ll be rewarded with prizes or real money.

Rummy is a card game that is popular all across the globe, and India is no exception. In fact, the popularity of the game had made it available on Paytm First Games where Rummy players from across India compete with each other.

If you’re new to the game of Rummy, then this simple explanation will help you understand it. Rummy is played between 2 to 6 players with 2 decks of cards. Initially, 13 cards are dealt with each player and a random card is selected as a wild joker or joker card of the game. As a player, you have to draw and discard cards to form valid sets and sequences of the 13 cards in hand. In Rummy, players can also use wild joker or printed joker of the deck to make impure sequence and sets. As per the rules of Indian Rummy, once a player has arranged 13 cards in valid two sequences including one pure sequence and more groups, they can make a declaration and win the game.

With Paytm First Games, Indian players have the option to try their hands on a variety of Rummy variants, including Traditional Rummy, Indian Rummy, Rummy 500, Gin Rummy, and Contract Rummy. Note that you need to add money into your Paytm wallet before playing real money Rummy on Paytm First Games.

Derived from the medieval Indian game Pachisi, Ludo has emerged as one of the most popular games in India in recent times. Following this, Paytm First Games have introduced their Ludo Lakhpati Tournament, where users have the chance to win from a prize pool of Rs. 10 Lakhs Paytm Cash.

Paytm allows its users to play the Ludo tournament on various platforms such as Paytm First Games App or Paytm App or the Paytm First Games Play Store App. As players join, they enter into the next available room of 4 and as soon as the room gets filled, the game starts. In each round, 3 players get eliminated and one emerges as a winner. The winner passes on to the next round until a final winner is announced.

Looking for a really fun and creative way to spend your time? If yes, then playing quiz games by Paytm First Games would be the perfect option for you. The platform brings to you a huge catalog of online quiz games that allow players to compete with their minds and test their knowledge in a variety of subjects. And this turns out to be more fruitful when players are rewarded with Paytm Cash for their gaming skills.

Besides these, there are various other exciting online games available on the Paytm First Games platform.

A quick guide to the Paytm Battle Centre

An interesting segment of the Paytm First Games platform is its Battle Centre. The Battle Centre is home to a multitude of player vs player games and allows users to compete with friends and other gamers in a variety of categories.

The Battle Centre features many popular puzzle and action-based games for some multiplayer fun. As a player, your primary objective in these games is to beat the top score made by other players and make your way up the leaderboard. Players can easily join these games by spending a few points earned through daily spins and other activities. When players win these games, the money is directly transferred into their Paytm account.

Best multiplayer games to try at the Battle Centre

Here’s a look at some of the best multiplayer games to try at the Battle Centre:

This is a simple yet interesting game on the platform. Here, you control the Jetman’s jump by tapping your screen as he moves side to side. Every time the Jetman reaches one end of your screen and bounces back, you’re awarded a point. The catch – you must control the height of the jump properly in order to avoid the deadly zappers.

The classic Tetris game has been around for ages and is still loved by millions of players. However, Paytm First Games have added a twist that increases the entertainment level of this classic. While you stack up your brick to make a clear line in the modern version, a small window on your screen offers a glimpse of how your opponent is performing. This twist makes for a more exciting gaming experience in the already competitive game.

Bricks shooter is a simple yet captivating game where the objective is to clear as many rows of bricks as possible. Once each of the four brick rows gets full, the row gets removed. As you proceed further in the game, the speed of the incoming brick increases.

This is a racing game where your objective is to evade the police. Here, you can choose from multiple vehicles like a race car and a tractor, depending on which one is ideal for moving on the track. Escape the police by taking sharp turns on the track. Dodge police cars and make them crash into one another to end the chase.

Here is how you can download the Paytm First Games app:

How to play Fantasy Cricket on the Paytm First Games app?

Assuming that you’ve installed the Paytm First Games app and created your account, below is the step by step guide to playing real money fantasy cricket on the platform:

Remember that your score in any fantasy cricket match on Paytm First Games is calculated on the basis of your team’s performance in the real-time match. If you win, all your winnings will directly be credited to your Paytm wallet.

Playing online games on the Paytm First Games platform comes with a whole host of advantages. Here are some of them:

What is Paytm First Games?

How can I earn money from Paytm First Games?

You can play the game available on the platform to win money. Also, you can claim daily bonus offers or participate in exclusive tournaments to earn money every day.

Is it safe to play real money games on Paytm First Games?

How can I make money in Fantasy Cricket on Paytm First Games?

Users can win money by creating their fantasy team and joining contests to compete and play.